We first attended our first Gunslinger camp in Knoxville when Austin was a freshman and followed that up by visiting the inaugural camp at the ATT Center/Cowboys Stadium in Dallas Austin’s sophomore year. Austin is now entering his senior season. Looking back on all the camps he has attended and participated in, the Gunslinger Camp is still one of our favorites. We have heard over and over that one of Austin’s greatest attributes is his consistency and accuracy. I feel like it was that first camp in Knoxville where he learned how important accuracy and consistency were to becoming a great QB. Austin made a point after that camp to work on the drills and techniques he had learned that weekend and came back to win the camp the next year in Dallas. Accuracy and consistency are often overlooked by many of the top QBs we see but almost every college coach we speak with stresses how important those two skills are once the QBs get to college. The Gunslinger Camp and the Elite 11 camp are the only camps out of all of the many camps Austin has attended where I feel like the appropriate amount of instruction and focus was given to those two skills. The other part that really stood out, it was truly an open competition, and the grading was as objective as you could make it. Everyone knows the rules, everyone is told the point system, and every single camper has an equal opportunity to be the champion at the end no matter who they know, how many stars they have, who they train with or what school they play for back home. I can’t tell you how often we show up at camps and it seems like the MVP or Champion is already chosen before the camp starts. We never felt that way at your camp and saw that whoever had the most points at the end was the winner - period.
It’s easy to see that, above all, you do it because you truly love it! The parents of the kids you help notice, and we appreciate everything you are doing. I’m always trying to sort through all of the camp opportunities to figure out which camps are legitimate, not a money grab, and actually teach the kids something they can use. I thought it was my responsibility to let others know that the Gunslinger is one of the best camps we participated in. Keep up the good work! 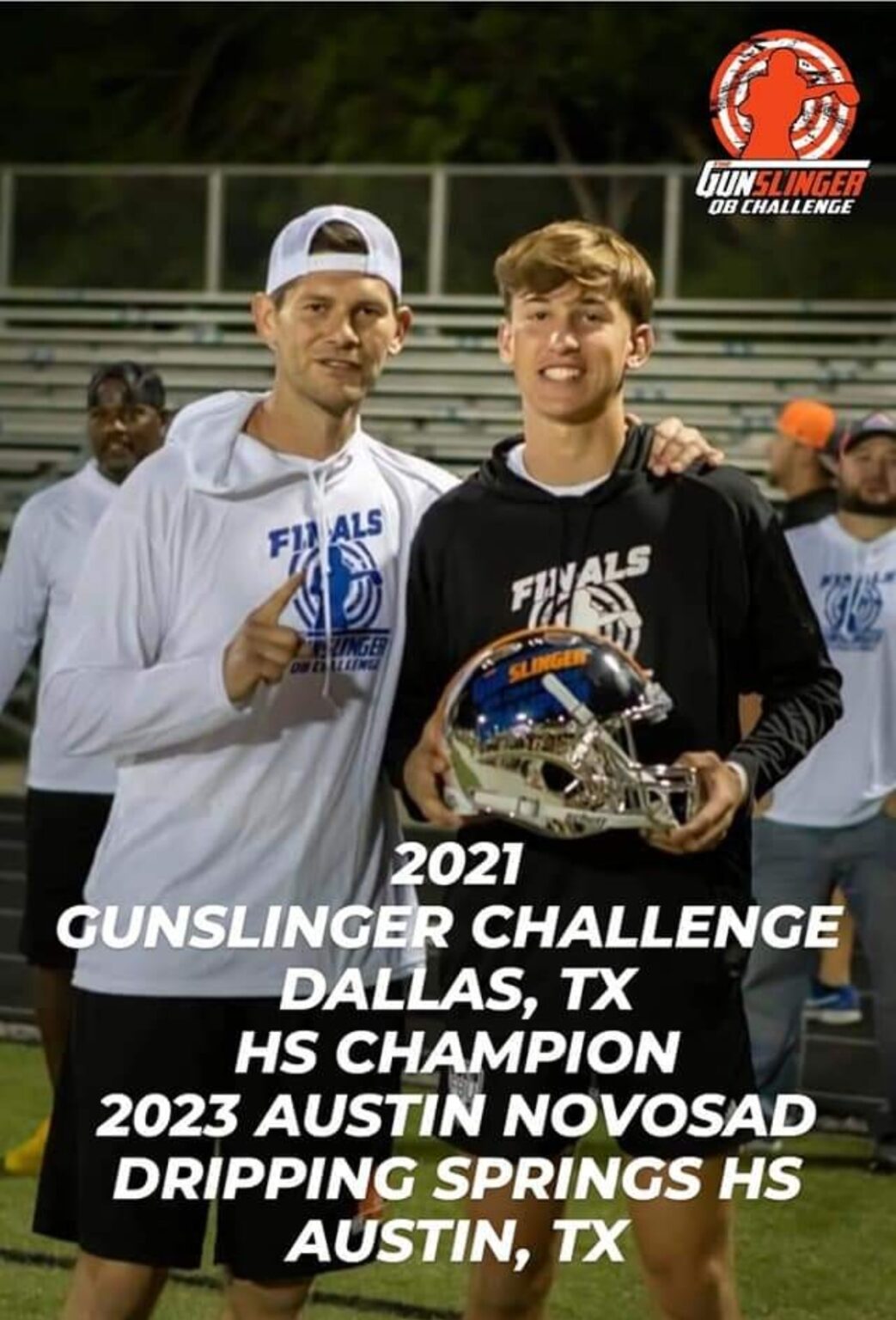 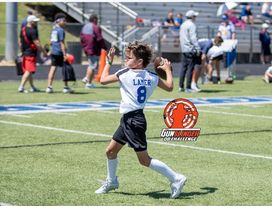 Our son has participated in many quarterback competitions across the country over the past few years. We wanted him to compete at the highest level with his peers, and the Gunslinger Challenge is at the pinnacle of these competitions! A real time competition with real time scoring guided by some of the best coaches and staff nationwide. The Gunslinger Challenge provides a clear-cut winner with some of the best talent and competitors from across the nation. This event raises the bar and level of the quarterback position with accuracy at the forefront. With throwing and movement instruction guided by the elite staff, we feel our son leaves the event each year in a better place as an athlete. The events in Knoxville, TN and Arlington, Texas are looked forward to by our family each year knowing it's where the best competition and competitors will be!

We loved the Gunslinger Challenge because it was very beneficial to get Aidan in front of quality coaches as well as being able to compete with quality QB's from all over the country. This was the only competition that actually scored QB's on their accuracy and did it fairly. Tony has put together a great event and it got even better in the second year we went. Aidan won back-2-back in the Middle School age group and after his first win he was offered the opportunity to go to one of the best schools in the country. Within hours of winning he was contacted by Gonzaga College High School in Washington DC. They play in the toughest division in the country and it is truly a life changing opportunity. He is currently the starting QB on varsity and without Tony's Gunslinger Challenge he would not be in the position he is. 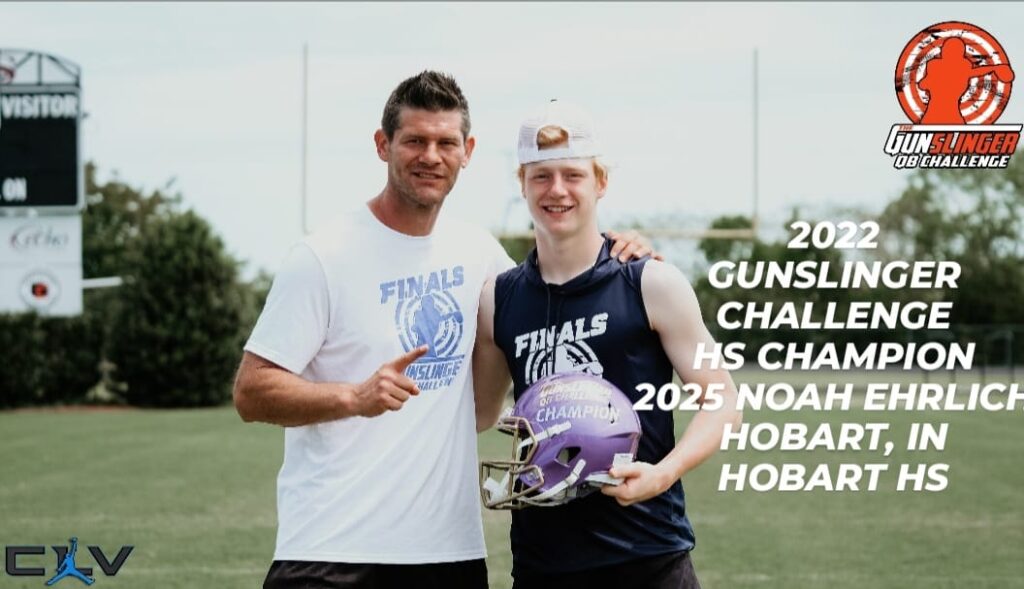 "If you are looking to compete and get a lot of reps, then attending the Gunslinger Challenge is where you want to be. The skill set of these QBs is very impressive. From an organizational standpoint, the instructors, Tony's leadership, is all second to none. I would highly recommend any of Tony Colston's camps for your QB." Thanks again!

The first year Chance competed, I looked around for the best experience for my son and decided on the Gunslinger Challenge. We did not know what to expect but Tony and his coaches did not disappoint! The coaches and drills challenge QB’s of all ages and abilities. We have been going for several years and I will be bringing both my sons back for years to come. Thank you Tony for a wonderful experience! 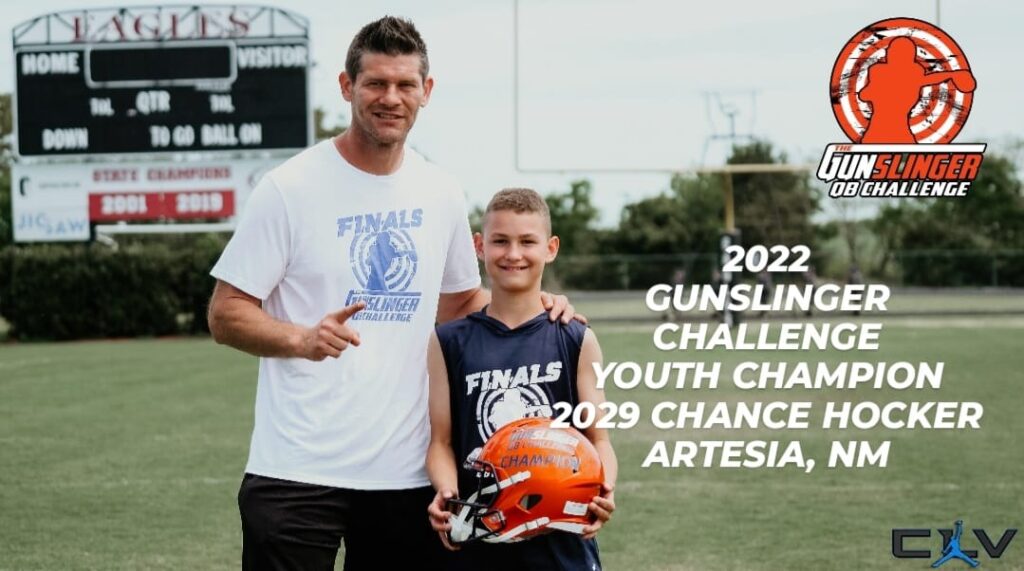 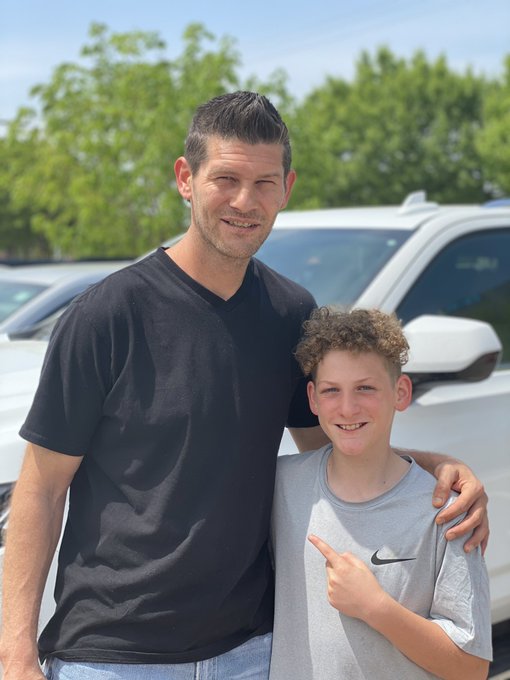 What an amazing experience! Tony gave Levi his first chance at competing in a camp and it gave him tremendous confidence, and relationships with friends across the country that last to this day. The gunslinger is where you can build relationships with incredible coaches that become mentors along the way. The talent is the best from around the country. As a parent, I can’t say enough. Tony Colston’s Gunslinger is one of the best in the country.” “Coach Colston is a great coach and a great camp director. Overall, his camps are tops on my list of ones to attend. DEFINITELY recommend this for other QBs."

Tony Colston’s Gunslinger Challenge and his team of elite QB coaches are top notch. We have attended Gunslinger events in Dallas/Forth Worth and Knoxville, TN. The events are well organized allowing for quality and quantity of reps, lead by top instructors in the QB field, and attract top level QB competition. 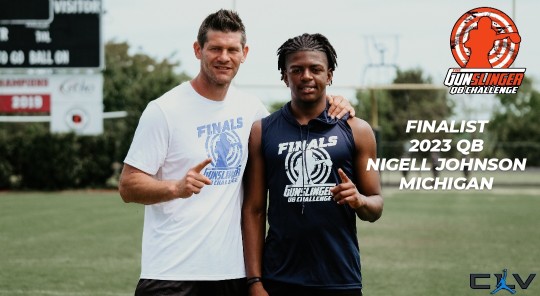 The main reason Nigell wanted to come to gunslingers was the competition. Being able to compete against some of top QBs from all over helped his confidence. The second year we came back was off how well the coaching was with your guys and how well run the camp was. Also your a good guy. You followed Nigell, retweeted his videos, and supported him since first meeting us. That personal touch went a long way with me. Your event is complete. Great coaching, competition, and the ability to compete in a top level event is unmatched. Glad to see you continue to work to make event great!

I look forward every year to bringing my son to Coach Colston’s Gunslinger Challenge. It is without a doubt, one of the premiere QB camps in the country. Great coaching, great environment, and very competitive! 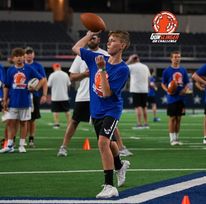 I had a great time at the Gunslinger Challenge and Coach Tony helped me become a better QB. Not only was the event challenging but it was also fun. I got to meet and compete against some of the best QB's from all over the US. I owe Tony a lot because he helped me get noticed by one of the best High Schools in the country and also gave me advice on the opportunities ahead of me. Thanks Tony for helping me out with everything!

The Gunslinger was my first competition and I was so excited! The coaches were really good and the drills were awesome! I look foreword to Gunslinger every year! 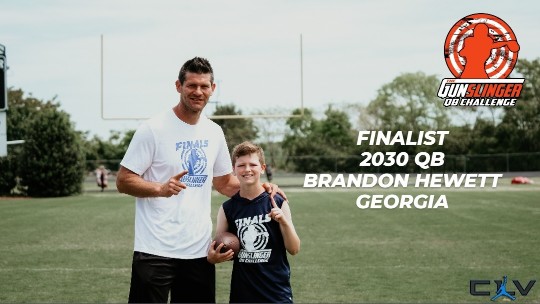 Although we are very selective when it comes to QB camps he attends, but his favorite is the Gunslinger QB Challenge! You do it the right way and who is most accurate wins! As his father, it is my favorite camp for him to attend because it is merit based. We don’t have anything but positive feedback for you because when stacked against other QB camps, the others are mostly money makers, if I am being honest. Appreciate what you are doing, Tony!

Coach Colston’s Gunslinger Callenge is one of my favorite QB camps, it’s a competition based on how well you throw, so you control if you win or lose. It’s very competitive, and fun!